​In a first for Superleague netball, Cathays Brass provided audience entertainment to enhance the motivational atmosphere at the Sports Wales National Centre in support of our local team - the Celtic Dragons! 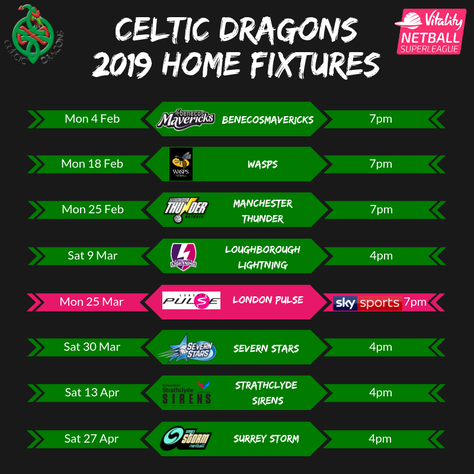 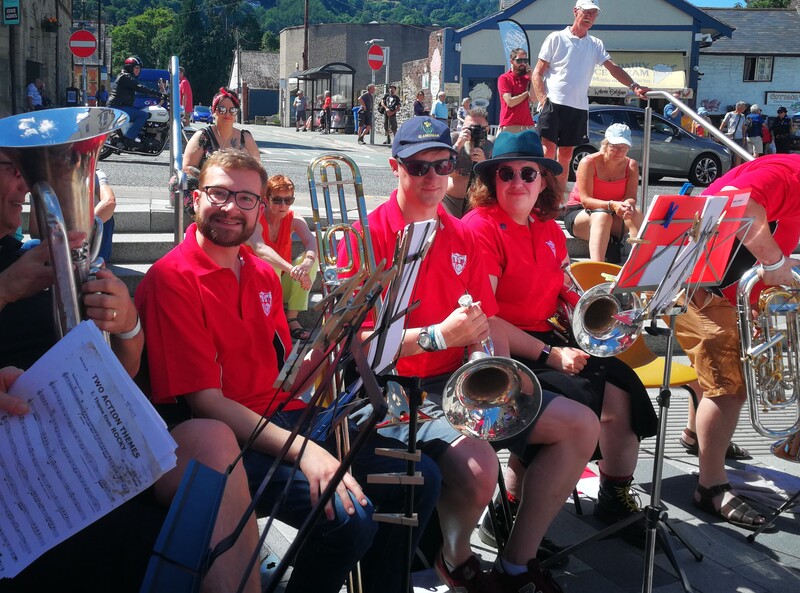 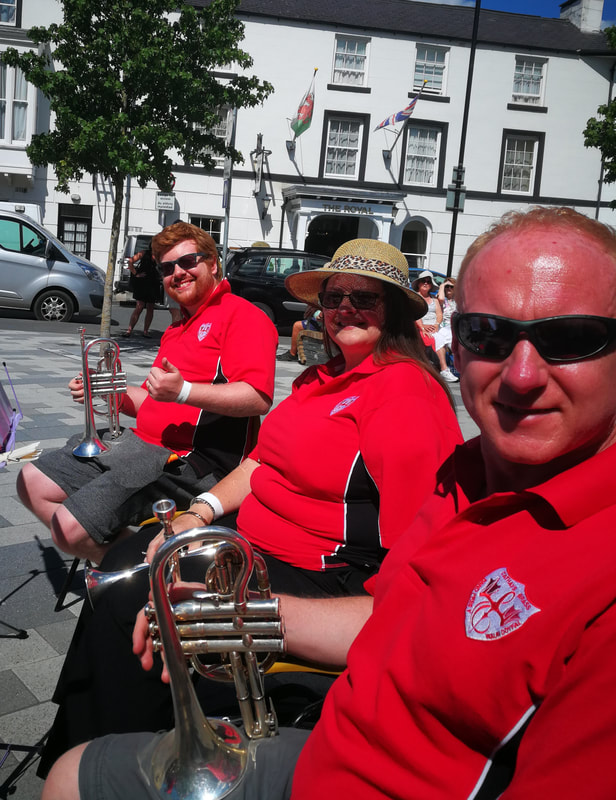 We were delighted to return from Llangollen as Winners of the Instrumental Ensemble competition. Our programme of Welsh Echoes and All through the Night found favour with the judges as they paid considerable recognition to the well-rehearsed nature of our performance.
The successful trip continued with an impromptu campsite concert and participation in the notoriously vibrant International Parade through Llangollen town. With thanks to Rondo Media, full recordings of all performances are available here
Beats, Eats and Treats in Barry! 24.06.17
Cathays Fair 02.04.17
St John's Afternoon Concert 25.02.17 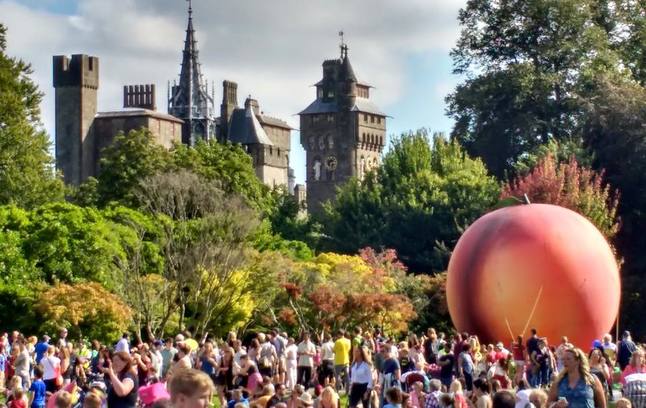 The band played at our first ever competition, competing in the Open Instrumental Groups section in the National Eisteddfod in Abergavenny.

Here's a photo of us in action. 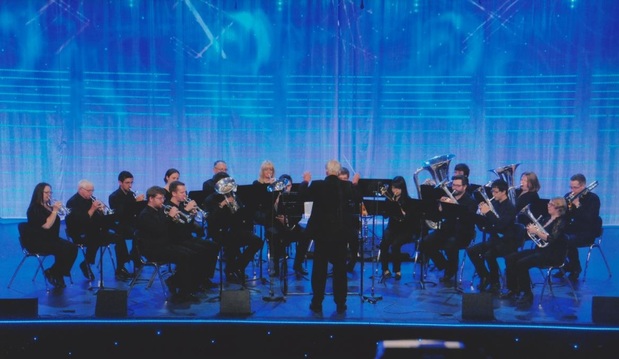 ​Two short rehearsals then helped us settle into the tour atmosphere before we made our debut at the festival where we created history as the first British ensemble to perform on their stage. We were given the honour of opening on the Saturday of this bank holiday weekend  and were delighted to have the support of members from  Musikverien-Hofen senior band and to also see some familiar faces from the Youth ensemble who had performed in Cardiff a year previous, all cheering us on in the festival tent.
​To summarise; the event was a true experience of hospitality in an environment where music, conversation and drinks were in constant flow. Next year’s dates are already firmly penned into our diaries where we are determined to match the enthusiasm for community music and true sense of social enjoyment which was a unifying thread throughout our trip.

A gallery with more photos can be seen here. 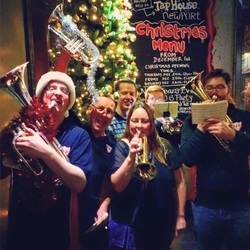 Our numerous Christmas events were a great success, helping us to raise much needed funds for the band as well as bringing Christmas cheer to venues in and around Cardiff. The carolling season was rounded off wonderfully with an evening of pub busking, where we were extremely well received by the Saturday night crowds!

It's time to put our carol books away for another year, but we are very grateful for all the support we have received over the Christmas period.

Ira David Sankey was an American gospel singer and composer who lived between 1840 and 1908. He has often been referred to as the “Sweet Singer of Methodism” and is seen by many as a pioneer of the popular style of hymn singing which can be found across our nations churches today.

Alongside his associate (the respected preacher Dwight L Moody) he made several visits to the British Isles and through introducing these powerful Gospel Hymns he became a successful preacher himself.

This evening celebrating his music was organised by Christchurch United Church, Llanedeyrn.

Cathays Brass were delighted to accept an invitation from the office of Jenny Rathbone AM, to perform alongside other local groups in a St Davids Day Celebration which ﻿was held ﻿at the Senedd on March 5th. The idea of the event was to "bring together businesses, third sector organisations and community champions from across Cardiff Central to celebrate the contribution they make to the economy and civic life and the vibrancy of Cardiff Central."

Alongside the Cardiff University Brass Band, Aelwyd Y Waun Ddyfal Choir and our guest soloist Matt Rowe, we are delighted to announce that our inaugural Concert In A Day Challenge raised an impressive £99.56 for the Noah's Ark Children's Hospital Charity. A massive thank you must go to everybody who came to support the concert and for the kind donations recieved.

This event was a great example of community groups coming together to support a good cause through music making. Our guests, Aelwyd Y Waun Ddyfal certainly showed why they were worthy winners of the Cor Cymru Youth Choir of the Year in 2013 as they produced a refined programme including works which they'll be using to compete with later in the year. As many attenders will testify to, we were also very fortunate to have the involvement of the local Townswomen's Guild who brought with them some delightful cakes which certainly helped keep up the high energy levels seen on the stage.

As for members of the band, we certainly rose to the challenge put before us by our hard working MD's (like a phoenix perhaps?). In a surprise programme which might share similarities with a "galactical eurovision soundtrack"  one of our highlights has to be the perfomance of Canzona Bravura with our guest soloist Matt Rowe. It was a pleasure to work with Matt who brought fresh energy to our rehearsal in what was undoubtably a testing day for our members.

Our final thankyou mention is for our friends at the Vale of Glamorgan Brass Band and Eventz who between them, ensured our percussion section were kept busy with a full range of equipment to use throughout the day. 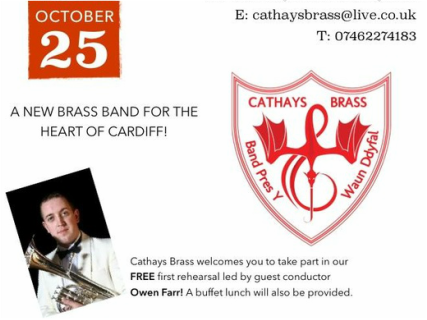 Our launch event was a fantastic day for Cathays Brass and shows our ambition to create exciting musicial experiences for local people.


The significance of this successful day has led us to create a page in its own right for the event. Please click here to read about the first official rehearsal of Cathays Brass. 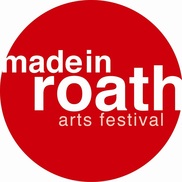 Made In Roath is an artist led, free festival which takes place in a variety of venues across the  area of Roath. In 2014 the festival ran from the 15th to the 22nd of October, with a quartet of Cathays Brass musicians doing their bit to entertain shoppers with some street performing on the Saturday afternoon.

For more information on the Made in Roath arts festival, please visit their website here

Not many groups can say their first outing was heard by close to 16,000 people! (-All of whom made a swift exit...)

Our position marking the 11 mile mark of the Cardiff Half Marathon had a great atmosphere and Cathays Brass were glad to be part of the biggest Cardiff Half ever held.

Footage of the band performing at this event can be seen in our media section. 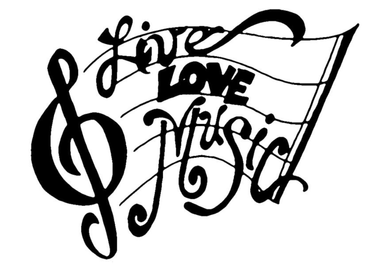 ﻿Fundraising Quiz!!
02.07.14
﻿
Raffle Prize Winners are as follows. Congratulations all!!